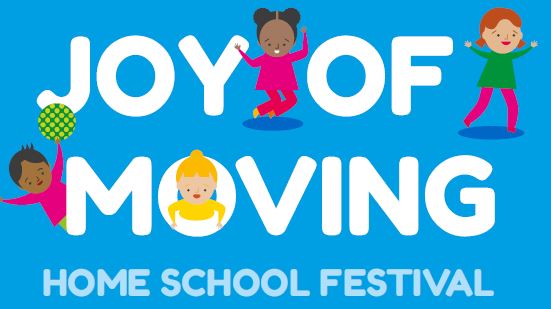 Maybe you would like to take part in this PE festival too! 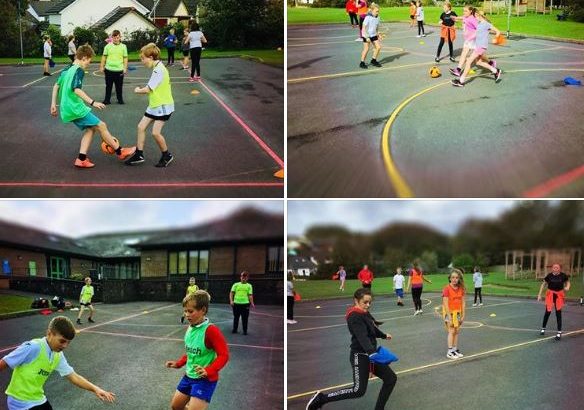 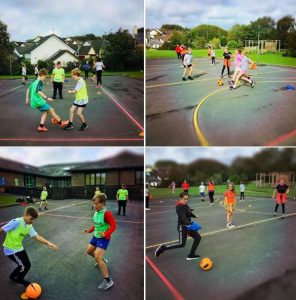 Pupils in Dosbarth Cadno have been the first in the school to enjoy the fantastic session provided by the Swansea City Community Trust.  Sessions involve classroom based numeracy and literacy work followed by physical outdoor sessions.  During this school year all junior pupils will get to take part in these sessions. 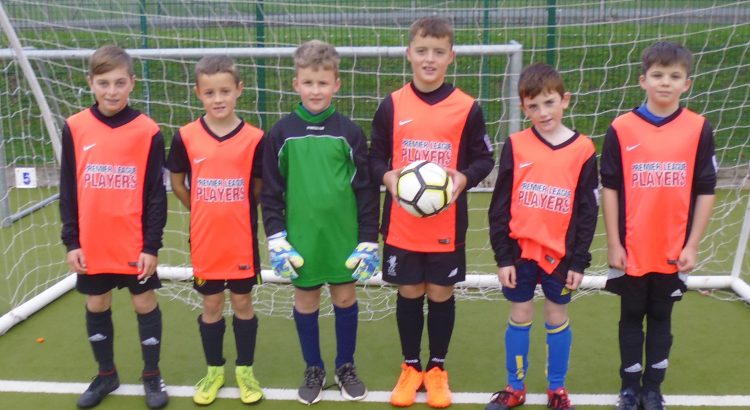 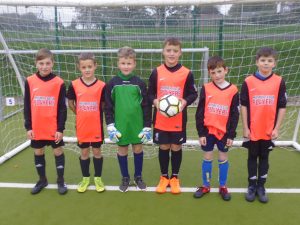 In total, the school played seven matches across the day. They played to a high standard throughout the tournament and were supported by a large group of parents and grandparents.

In their first game, they were defeated 1-0 by a strong Tenby team in a match that could have gone either way. In their second match, they beat St Teilos with goals from Olly and Dylan. They continued to play well and next defeated Pembroke Dock with Dylan scoring twice. In their next match, they defeated Penrhyn 4- 0 with goals from Logan (2) Dylan and Kai.

The winning run was continued as they beat Hafan y Mor 3-0 with goals from Dylan and Logan (2). Another very good performance against Golden Grove was rewarded with a 3-1 victory with goals this time coming from Olly, Logan and Dylan T. The final game of the day was against St Florence – this game ended 1-1 with a goal from Olly and a fine penalty save from Theo.

After all seven games, this resulted in Stepaside finishing a very creditable second to Tenby in the league table. Mr Harries would like to thank all of the parents who helped to transport and support the team and would also like to congratulate the football team on their great performances throughout the tournament. 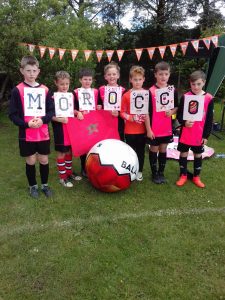 With Year 6 away in Cardiff our year 3, 4 and 5 pupils stepped up to form our team for the Fairtrade Football tournament held at Tavernspite school.

Beaten into second place in the final the boys put on a great performance. 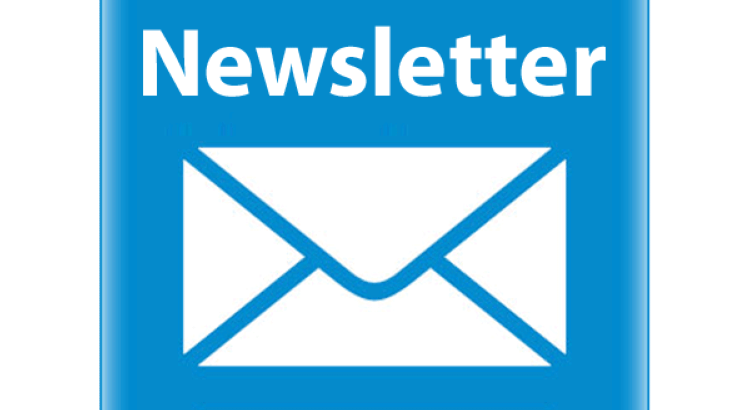 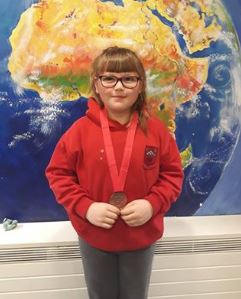 Pupils from Stepaside CP School have recently taken part in a number of National and Area sports competitions.

We were delighted with the performance of Kristina Ardern in the URDD National swimming gala held in Cardiff recently, where she won a bronze medal.  Congratulations Kristina.

Our football team recently won through to the regional round of a national football tournament hosted by Swansea City FC.  At the regional competition which was held in Llanelli we played teams from south west Wales.  Our team put in a great performance on the day but were beaten by some strong competition from other schools.

Led by former pupil Aled Waters, our Year 5 and 6 pupils trained in contact rugby in readiness for a Pembrokeshire six nations  tournament.  We represented Italy in the matches played in Carmarthen.  With only a few training sessions under our belt and only 3 club players amongst our team we put in a top performance and managed to win 4 of our 5 games.  This performance was down to the great training we had and brilliant team work.  We are looking forward to more sessions and working on our skills. 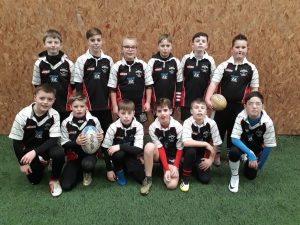 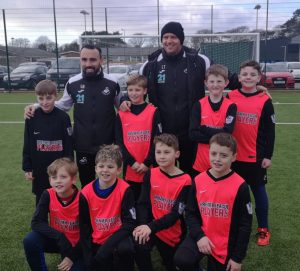 Drawn in a strong group, the team lost their first match 1-0 against an impressive Neyland team. In their second match, they recovered strongly to defeat Sageston 3-1 with goals from Kiaran, Olly and Logan. Next was another impressive performance against Gelli Aur where the team once again triumphed this time by 2 goals to 0 with Logan scoring twice.  Needing to win their final group game against St Florence to progress they were successful by 4 goals to 0 with Dylan (2) Olly and Kiaran scoring. This enabled Stepaside to progress to the quarterfinals.

In the quarterfinals, they met Group A winners St Francis and triumphed 2-0 with goals from Logan and Olly after another impressive display. This meant that they progressed to the semi final where they met Hafan Y Mor. After a very tight match that ended 1-1 with Logan scoring, Stepaside progressed with a ‘Golden Goal’ winner again from Logan.

Stepaside were now through to the final where they met Tenby. Another very impressive performance resulted in a 2-0 victory with goals from Logan and Olly and victory in the tournament. Stepaside C.P School will now progress to the next stage of the tournament in March. Mr Harries would like to congratulate each player for their wonderful performances and the supporters who cheered the team on during the very successful day. 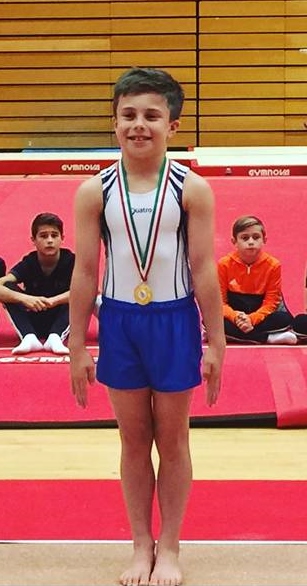 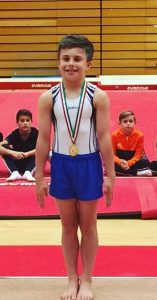 Staff and pupils at Stepaside CP School are once again feeling proud of their pupil and friend, Alfie Luger.  Whilst Alfie was at his Gym training last week the rest of the school gathered in assembly to watch a video of him performing his gymnastics.  Last week Alfie was nominated for most promising Gymnast of the year at an awards evening organised by West Wales Gymnastics.  He was unable to attend the ceremony but he won the category and was presented with his award by  former Olympian  and Wales Gymnastic coach, Andrew Morris at his training session this week.

James Ardern has been busy competing in the URDD National swimming Gala in Cardiff.  Well done James for coming 2nd in the Front Crawl and 4th in the Butterfly,that really is quite an achievement.

Year 2 pupil Kai Blewitt who has recently been selected to train with Swansea Football Club under 8 squad in Carmarthen.  We will watch his development with great interest.

Well done to Jamie Keating, Kiaran Sine, Logan Hall and Dylan Sine on their selection in to the U10 Pembrokeshire squad for cricket.

Congratulations Carys and Eliza on receiving your lifeguard and swimming certificates. 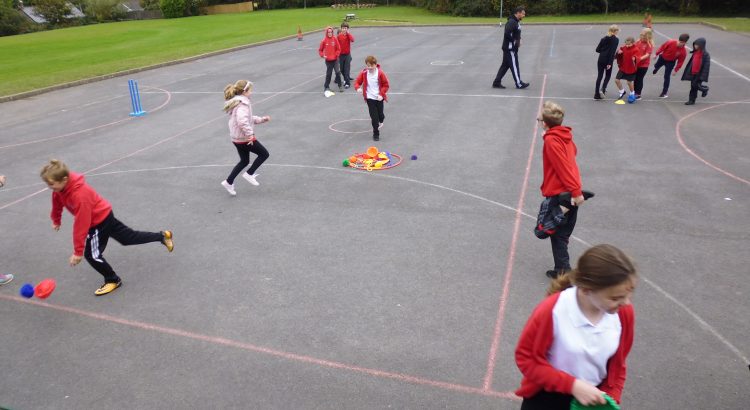 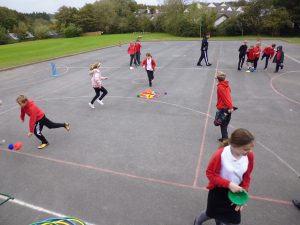 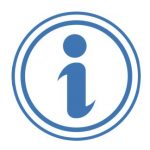 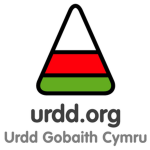 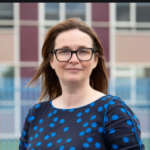 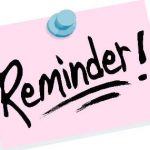